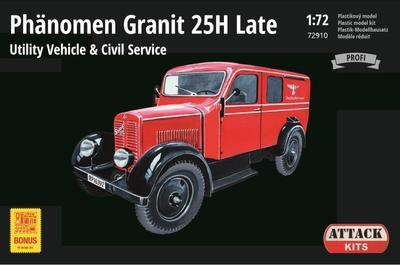 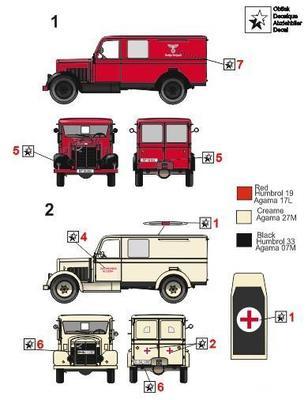 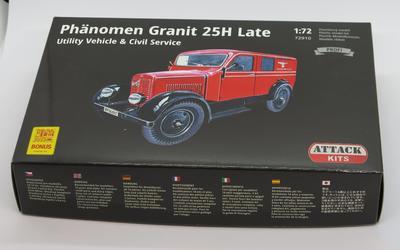 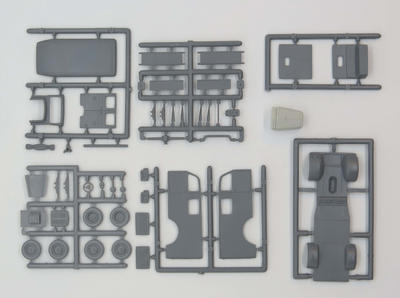 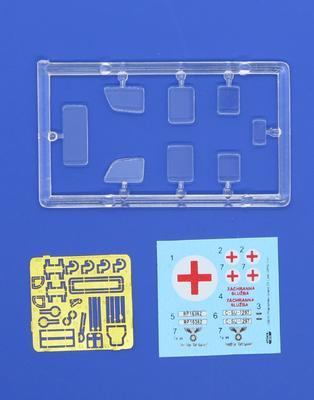 Plastic model of Attack Hobby Kits represents the later version of the car used mainly as the utility vehicle and ambulances. Model contain plastic parts, PE parts and resin detailed motor cover plus decal for 2 cars. The vehicles were also purchased in large numbers by the German Post Office. And one of her vehicles can be found in the decal kit. The second camouflage then allows to build a postwar Czechoslovak ambulance, which later in the 1970s even starred in the film.

TYPE 2,5-32 Wehrmacht, light truck 1,5T AFRICA with cargo Art.No.: AT 72921
IN STOCK
more Info compare
Write Product Review
Write a review. No review available for this item.
Product 31 / 65
Back to Overview
Previous Product | Next Product
You just added a product to the cart.