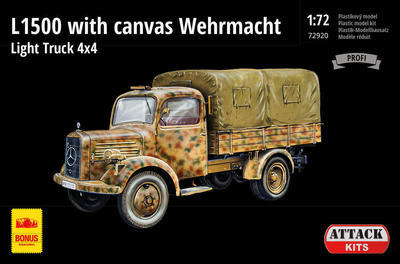 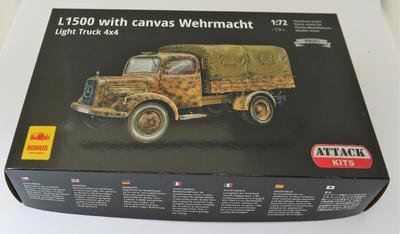 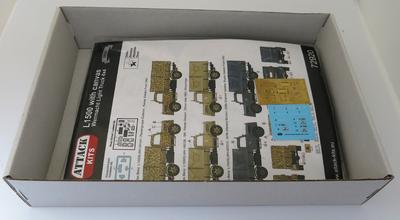 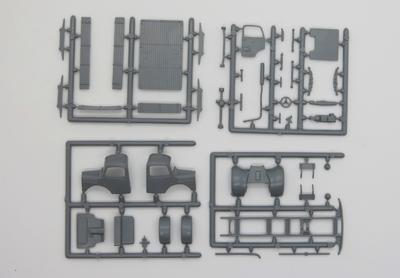 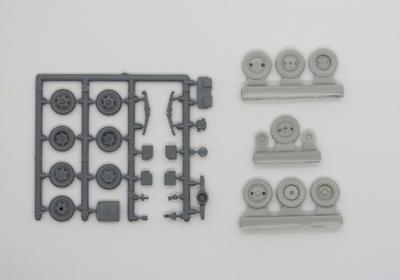 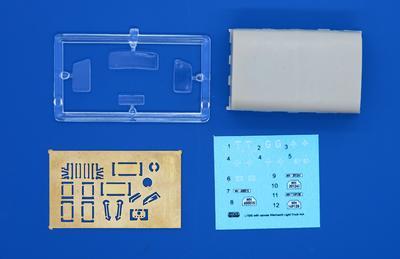 Plastic kit Attack Kits 72920 allows the construction of the L1500A 1:72 scale 4x4. Basic moldings are complemented by a set of photo-etched details and in addition, alternative resin wheels are included plus canvas to cover cargo area.