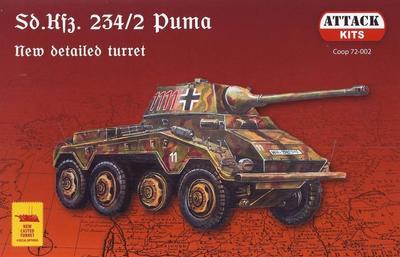 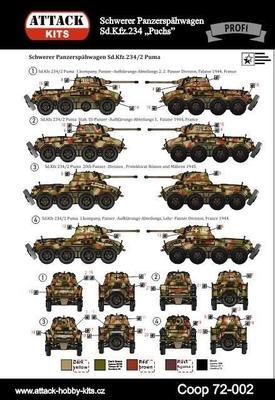 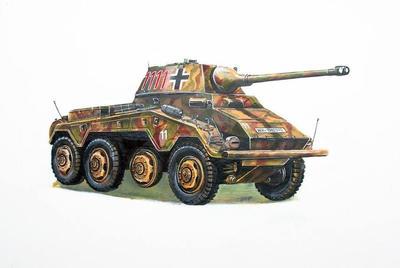 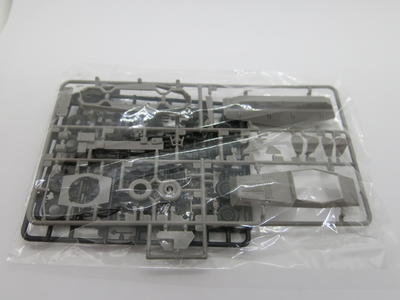 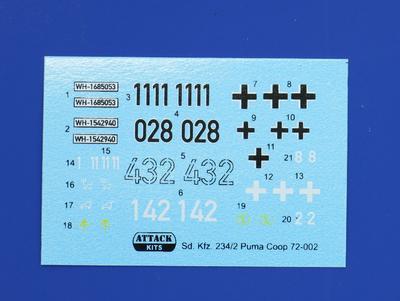 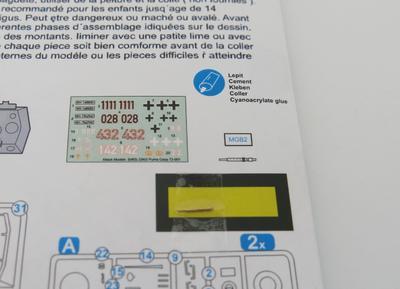 Sd.Kfz. 234/2 was a modern German armored car 8x8. Version marked 234/2 was armed with a cannon 5 cm KwK 39/1 L / 60 and coupled machine gun MG 34. The vehicle was designed primarily for reconnaissance. Thanks to its strong armament and high speed (up to 90 km / h) it was a dangerous vehicle. Production ran from 1943 to mid 1944, when they were replaced by later variants 234/3 and 234/4. The AFVs remained in services untill the very last days of  WWII. It is interesting for us that the vehicle was powered by a Tatra engine.

The 1/72 scale kit is based on the chassis of plastic model from company Roden. The plastic chassis is completed with a more detailed tower with open hatches. It is possible to set figures of two crew members. The detailed design is underlined by the metal barrel of the MG 34 machine gun.

Everything is complemented by unique decals for 4 cars. One of them is especially interesting because it was deployed with one missing wheel. The car was captured by the Allies in this embodiment. Just for this interesting car is also included casting wheel center.

The model is manufactured in limited quantities.

Sd. Kfz. 234 /2 Puma - detail set Art.No.: 72DS001
IN STOCK
more Info compare
Write Product Review
Write a review. No review available for this item.
Product 35 / 65
Back to Overview
Previous Product | Next Product
You just added a product to the cart.