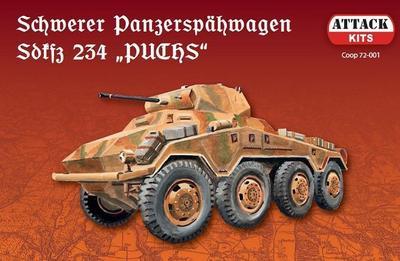 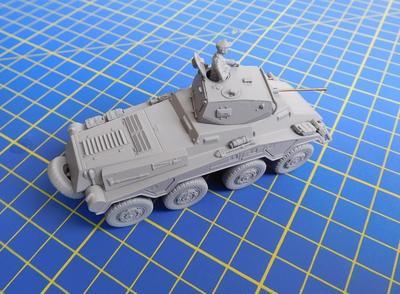 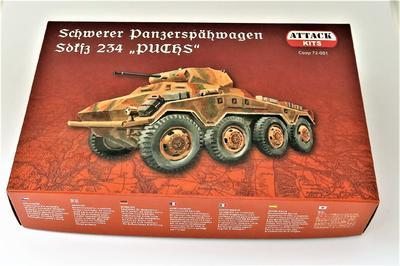 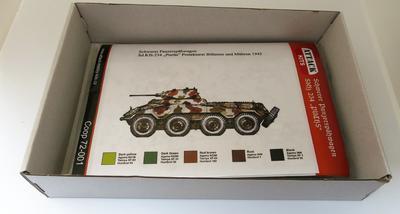 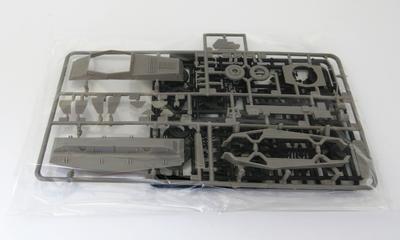 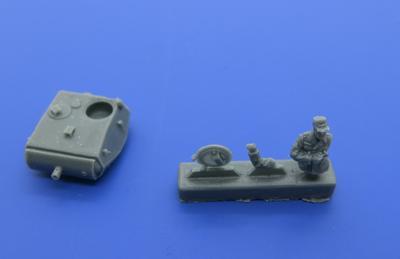 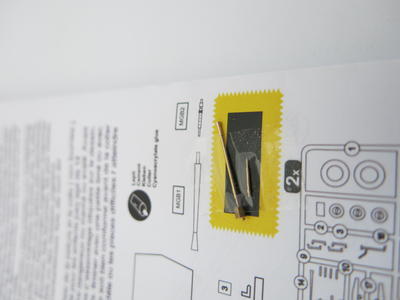 The unique vehicle combines the chassis of the german heavy AFV Sd.Kfz.234 with turref ot the light tank Panzer II Ausf. L "Luchs". This vehicle has been documented at the end of the war in northern and western Bohemia during the Wehrmacht retreat westward to Pilsen. It was not an experimental vehicle, but a fully functional combat car, which was involved in the fighting with Czech partisans and insurgents. Given the various places and details of the vehicle, it has not been clear whether it was one or two vehicles.

The model includes plastic chassis Sd. Kfz. 234 from Roden. To them is added a new cast turret made of polyurethane, including an open hatch with a figure of the commander. In addition, metal brass gun barrels for MG 34 7.92 mm and KwK 38 20 mm cannon are included.

Munitionsschlepper I Ausf. A Art.No.: AT 72907
IN STOCK
more Info compare

L1500A Wehrmacht Light Truck with canvas4X4 Art.No.: AT 72920
IN STOCK
more Info compare
Write Product Review
Write a review. No review available for this item.
Product 39 / 65
Back to Overview
Previous Product | Next Product
You just added a product to the cart.